The Cabinet Council of the Republic of Panama has approved the tolls structure recommended by the Panama Canal Board of Directors, following a formal consultation and public hearing process that considered industry feedback.

With this approval, the Panama Canal will assume a simplified, value-based pricing structure, reducing the number of tariffs from 430 to fewer than 60.

“The proposal aims to strengthen the tolls structure in a way that is consistent with the value provided by the Canal transit service while providing greater visibility and predictability to customers,” said Panama Canal Administrator Ricaurte Vásquez Morales.

The tolls proposal was issued on April 1st, 2022 and went through a formal consultation period during which 17 interested parties submitted their comments or opinions in writing. The public hearing was held in Panama on May 20, 2022, with the participation of seven parties, representing local and international customers.

During this process, customers recognized the Canal’s efforts to promote global trade, especially during the COVID-19 pandemic and welcomed the simplification of tolls. Ensuring that customers’ feedback from the open and transparent dialogue was considered, the structure was modified to incorporate the following changes to the original proposal:

All other tariffs will be implemented gradually from January 2023 to January 2025 at the originally proposed levels, including the proposed modifications to the loyalty program for containerships, which will be phased out by January 2025. Incentives for return voyages applicable to containerships and liquefied natural gas (LNG) vessels will be eliminated by January 2023 when the new structure comes into effect.

The visibility charge currently applied to full container vessels, and classified as Other Marine Services, will be eliminated prior to the implementation of the new tolls to avoid an overlap with the Total TEU capacity (TTA) charge.

During the process, customers also expressed their interest in obtaining incentives for using the waterway. For this reason, the Canal administration will be reaching out to representatives of various market segments in the coming months to explore mutually beneficial alternatives that could result in long-term commitments for cargo deployment.

We attach hereto the approved tolls tariff including the modifications to the original proposal.

For more information about the modified toll structure, please contact us to: operations@nortonlilly.com.pa 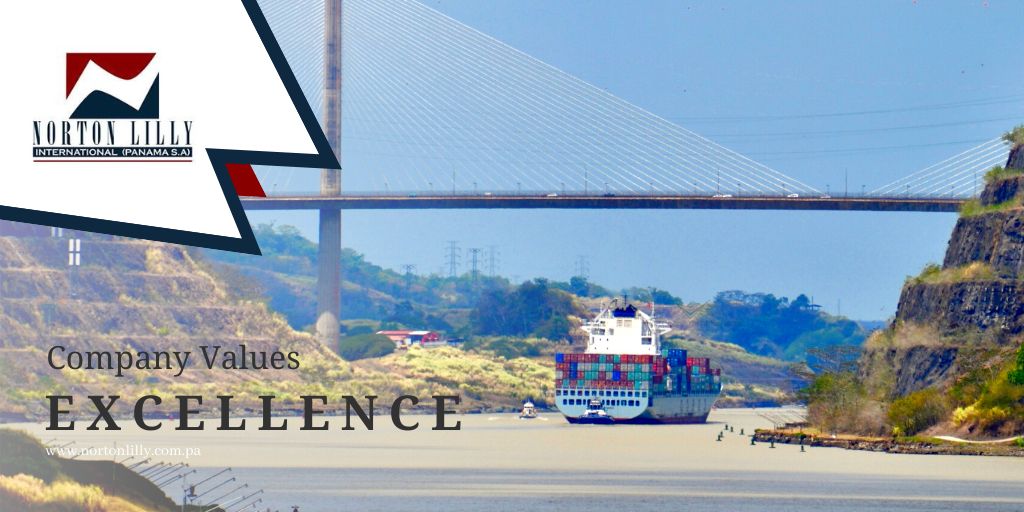 The Panama Canal Authority (ACP) published today the new version of the Customer Code procedure which includes the following changes.

Norton Lilly Panama, a subsidiary of Norton Lilly International, has been proudly serving the international shipping community at the Panama Canal and surrounding ports for 95 years since opening our first office on the Isthmus in 1925.

Manage Cookie Consent
We use our own and third-party cookies to obtain statistical data on our users' browsing. You can get more information in our privacy policy.
Manage options Manage services Manage vendors Read more about these purposes
View preferences
{title} {title} {title}

Leading Panama Canal & Port Shipping Agent, Norton Lilly Panama is one click away to being your partner of choice.

We can help you make the right decisions regarding the planification of your operations.

Book a 20 minutes call with our Panama Commercial Team and ask all your questions.

We are here to help!